A LONDON cancer hospital medic and school worker are among the latest diagnosed with coronavirus overnight – as a desperate search is launched to find hidden spreaders of the killer bug in the UK.

Thirty-six people in the UK have now tested positive for the deadly virus, with four people in the same family among the 13 new cases confirmed in Britain yesterday. 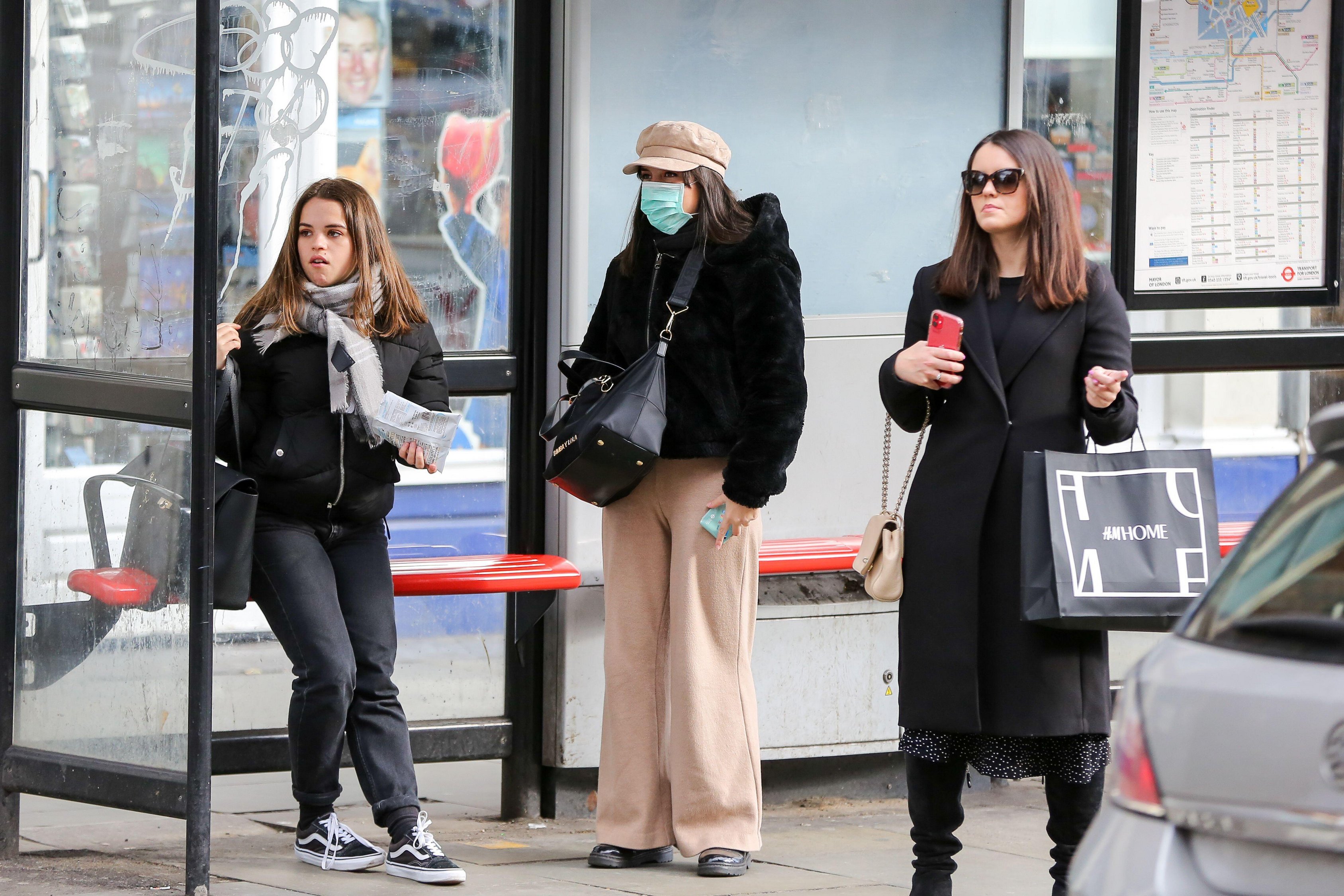 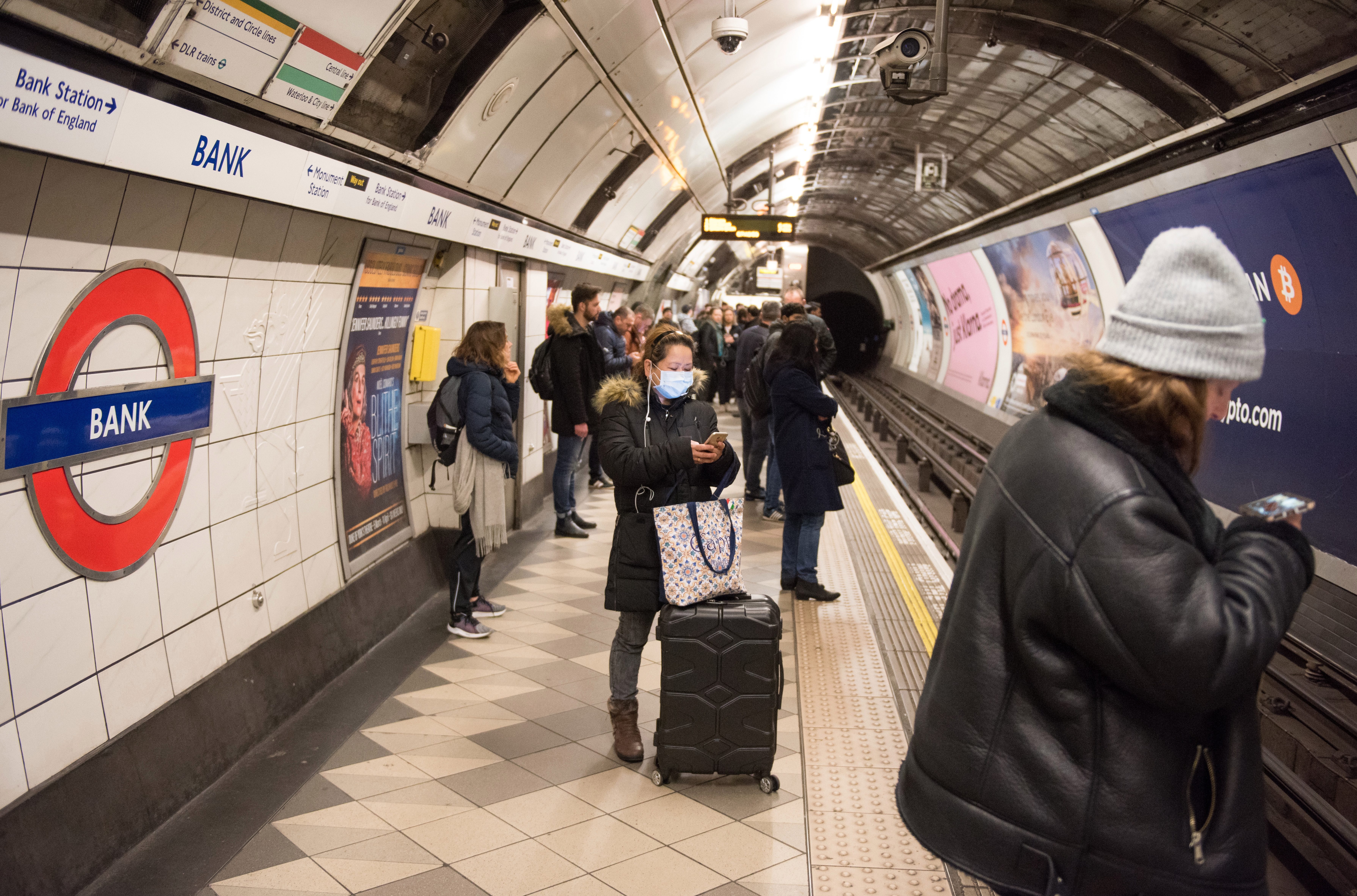 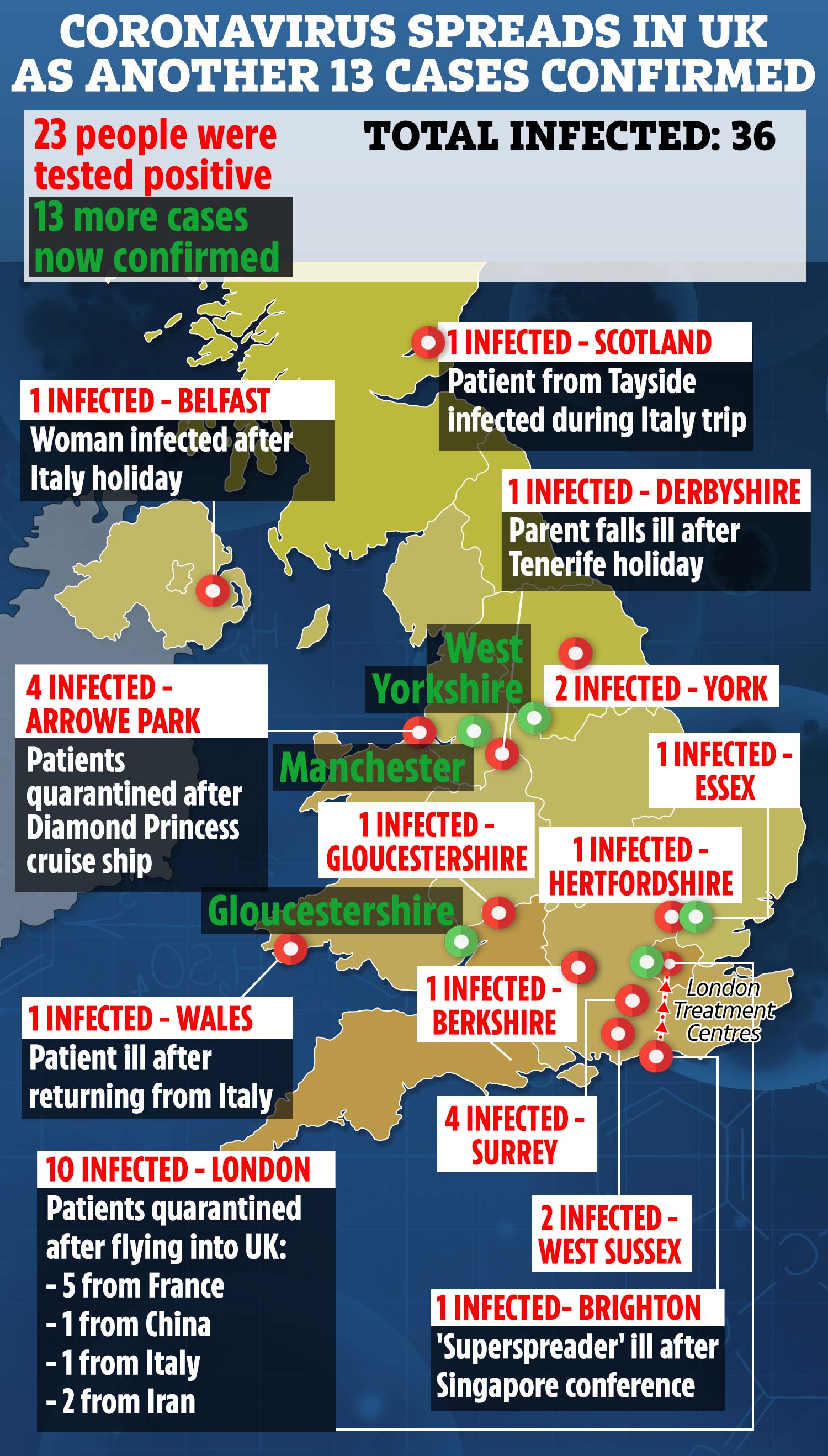 Five of the cases caught coronavirus in the UK, rather than contracting the deadly bug abroad, it is believed.

This includes Three of the new patients catching the virus from a man in Surrey who tested positive on Friday.

Another patient, a man from Essex, also contracted coronavirus in England.

The homegrown cases are signs the disease could sweep through the nation with affected travellers returning to the UK and spreading COVID-19 without knowing they've been infected.

Meanwhile, one of the latest cases was a clinician from Mount Vernon Cancer Centre in Northwood, Hertfordshire.

In a statement, the East and North Hertfordshire NHS said all individuals who were in contact with the clinician had been identified and the "appropriate measures taken".

They added: "The risk to patients and staff at Mount Vernon Cancer Centre is very low and we are working with individual patients to appropriately manage their care."

And a London boys' Catholic school was closed after a staff member tested positive for coronavirus.

The Wimbledon College employee travelled back from Italy during half-term, with the school now announcing a "deep clean".

The employee is not believed to have had contact with pupils since he was last at the school on February 25.

Health officials are now trying to find the carriers who are unwittingly spreading the deadly illness because they do not know they have caught it.

They are concerned some patients only have mild symptoms and are unaware they are infected.

Peter Openshaw, a professor of experimental medicine at Imperial College London, said: "This really adds to the supposition that this one is going to be very hard to put back in the box.

"It makes it particularly difficult to control any outbreak if there are people who don’t know they’re spreading it."

The crisis worsened in Britain yesterday after the total number of cases in the UK hit 36.

Chief medical officer, Professor Chris Whitty, confirmed four people – two from Surrey and two from West Sussex – are part of a "family cluster". None of them are health workers.

Meanwhile, the Scottish Government has confirmed Scotland's first case of coronavirus in a patient, from Tayside, who recently returned from Italy.

It is the biggest jump in cases the UK has seen in one day and the figure has almost tripled in four days.

The surge come as the Health Secretary warned entire British cities could be locked down if the virus outbreak escalates.

Two school workers are among the new victims and another patient, from Essex, caught the bug within England.

Health officers are scrambling to discover whether they caught it "directly or indirectly" from an individual who had recently travelled abroad.

Of the eight remaining cases, six had recently travelled from Italy, while two had been in Iran.

The newly infected Brits are from London, West Yorkshire, Bury in Greater Manchester, Hertfordshire and Gloucestershire.

All of the cases are being investigated and health officials have begun tracing anyone who had close contact with them.

A man from Belper, Derbyshire, is concerned he has coronavirus and is now facing an anxious wait for the results.

He was contacted by the health authorities who told him someone he had close contact with had been diagnosed with the killer bug.

The man, who wants to remain anonymous, fears if he has the virus he may have passed it on to his husband.

It makes it particularly difficult to control any outbreak if there are people who don’t know they’re spreading it.

He said he is suffering with a higher temperature, sickness and dizziness.

"The two cases are linked and both became infected whilst in northern Italy.

"Staff from PHE have continued to support St Mary's Primary School, Tetbury, where one of the cases works."

Meanwhile, a group of pupils at Homewood School in Tenterden, Kent, have been told to self-isolate after returning from a ski trip in northern Italy.

The news comes as Health Secretary Matt Hancock said despite a "huge economic and social downside", following China's lead and isolating UK cities if the situation worsens remains a possibility.

On isolating entire cities, as Chinese authorities did with Wuhan, Mr Hancock told the BBC's Andrew Marr programme: "There is clearly a huge economic and social downside to that.

"But we don't take anything off the table at this stage because you have to make sure you have all the tools available if that is what is necessary."

The Health Secretary confirmed that banning public gatherings and cancelling football matches were being considered by the government, which closing schools may be "necessary".

He said: "I'm not saying any of these are decisions we have taken but they are things we don't rule out."

Boris Johnson has set up a war room to prevent a coronavirus epidemic in Britain.

The Prime Minister said he was "very, very confident" that the NHS is able to cope with an outbreak of coronavirus.

He said: "As you know, we've found about 35 people in this country who have, or have had, the illness.

"And clearly there may be more, that's likely to spread a bit more, and it's vital therefore that people understand that we do have a great plan, a plan to tackle the spread of coronavirus.

"And I am very, very confident that in the NHS we have the professionals who will be well able to cope with it."

Downing Street has ordered a team of scientists and officials to work round-the-clock with public safety the "top priority".

The Government's COBRA emergency committee will meet several times this week as a battle plan is published.

Mr Hancock insisted the NHS was ready to deal with further cases of coronavirus, with more than 5,000 emergency critical care beds available.

More than 11,000 people in the UK have been tested for the virus so far.

The number of people sickened by the virus has climbed to more than 86,000 globally and there have been more than 2,900 deaths, most of them in China. 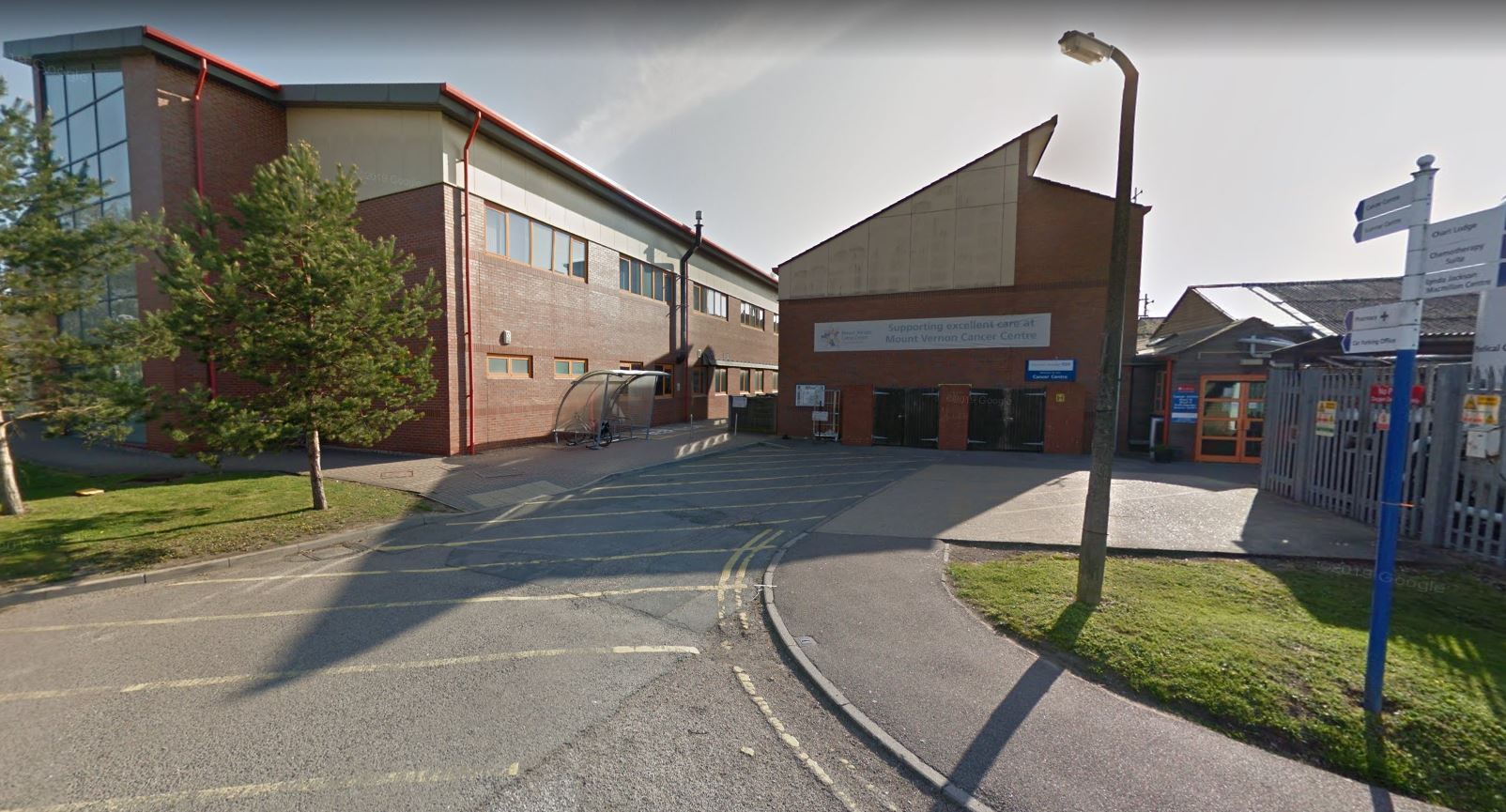 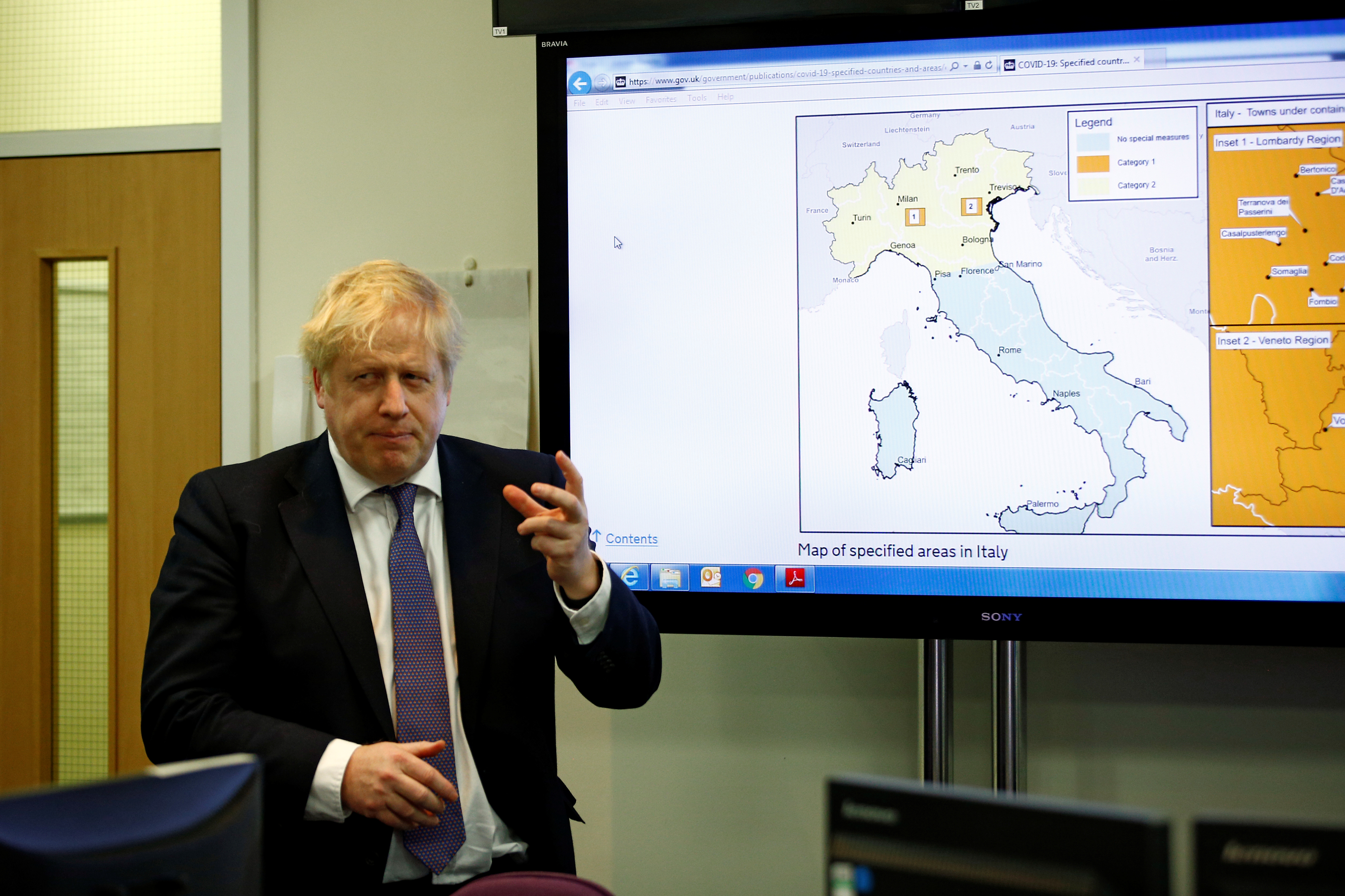 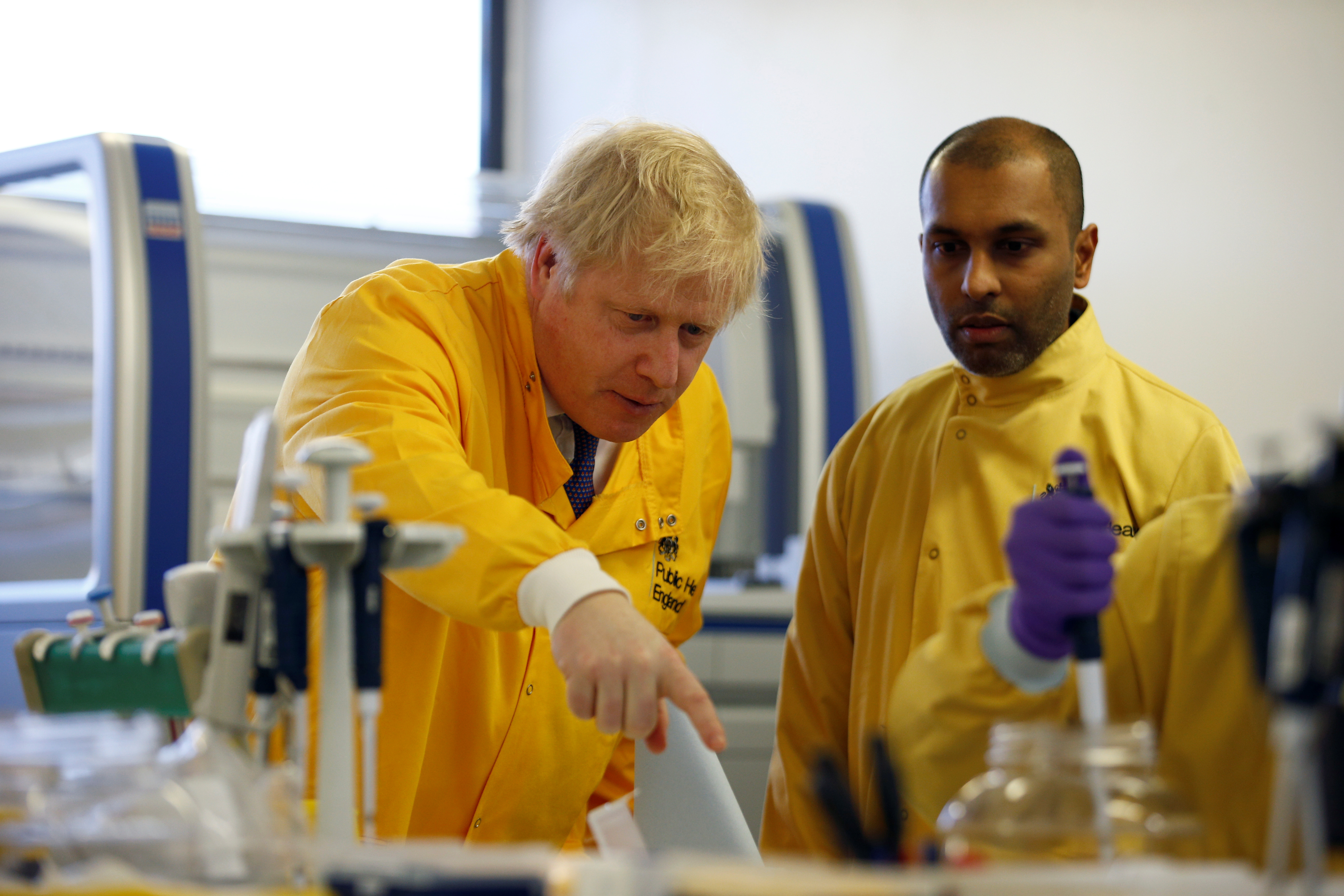 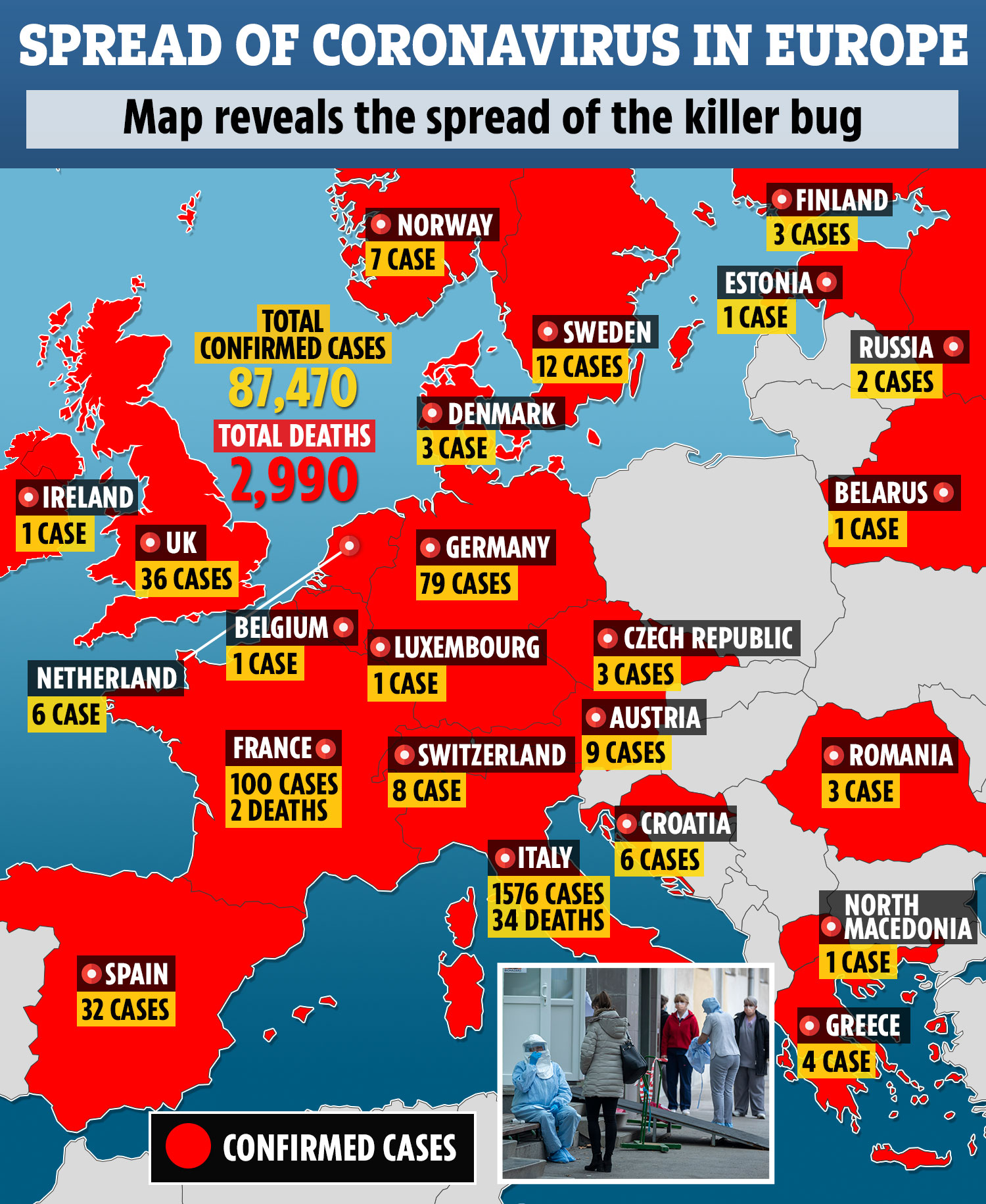 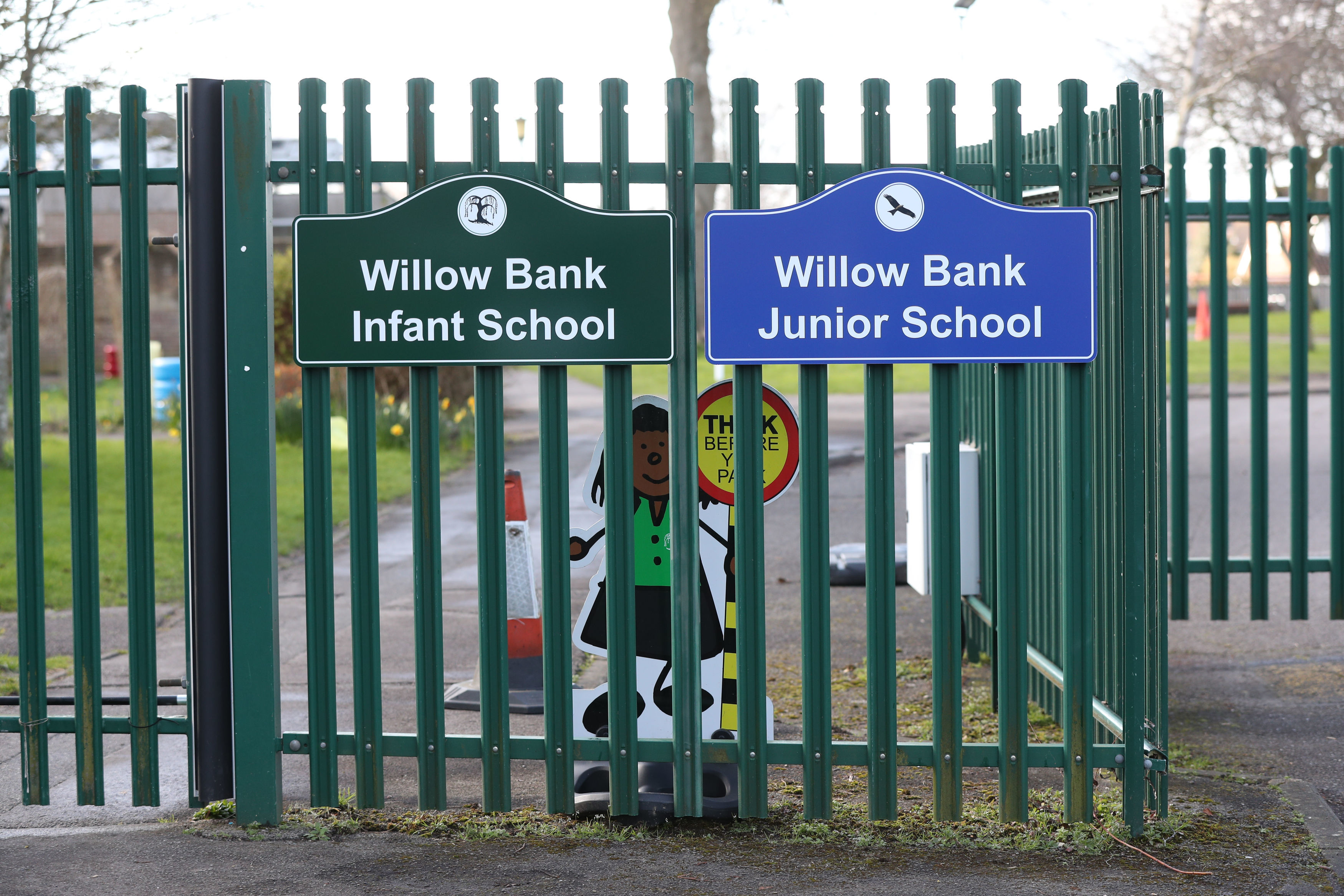 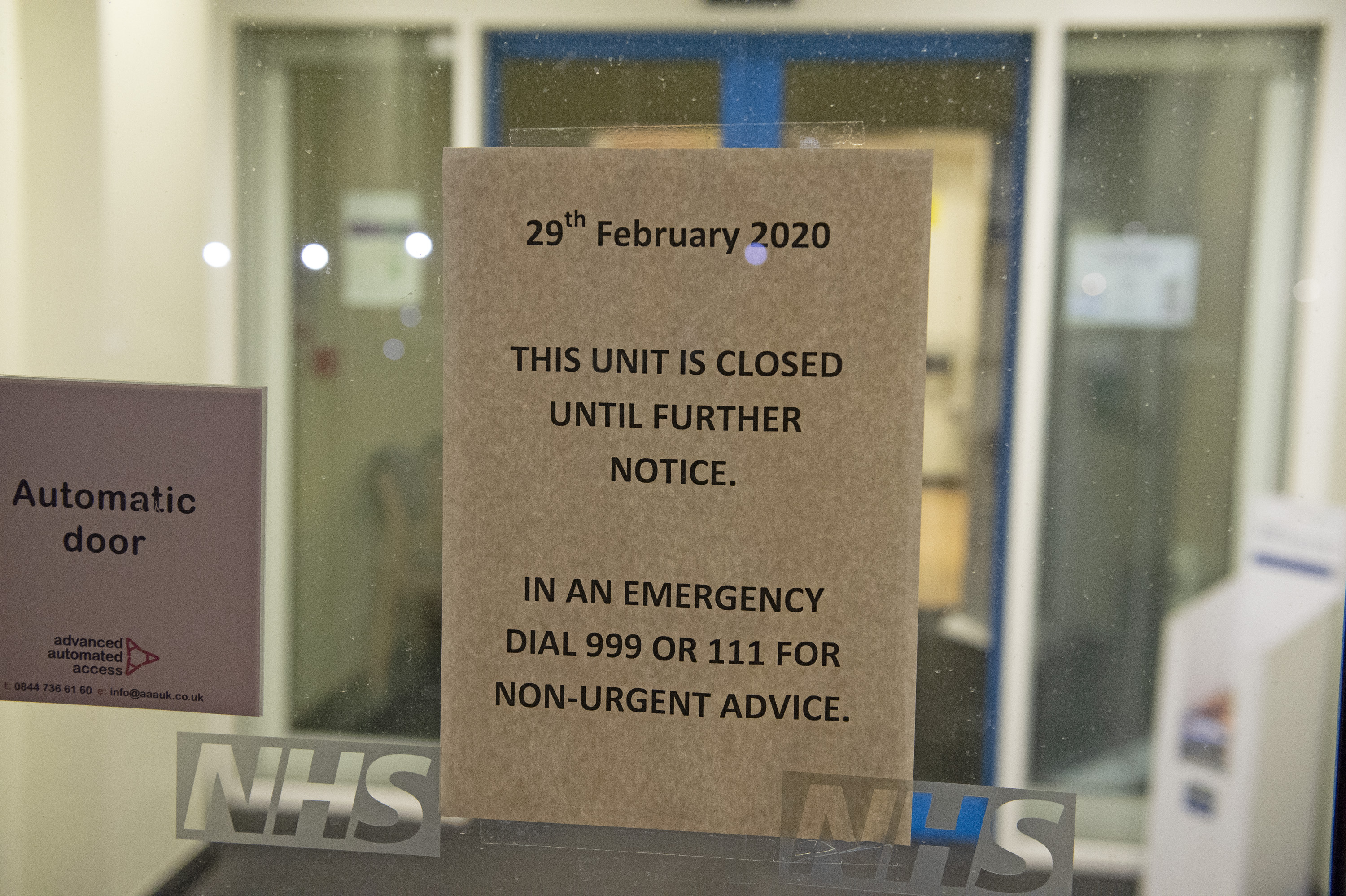 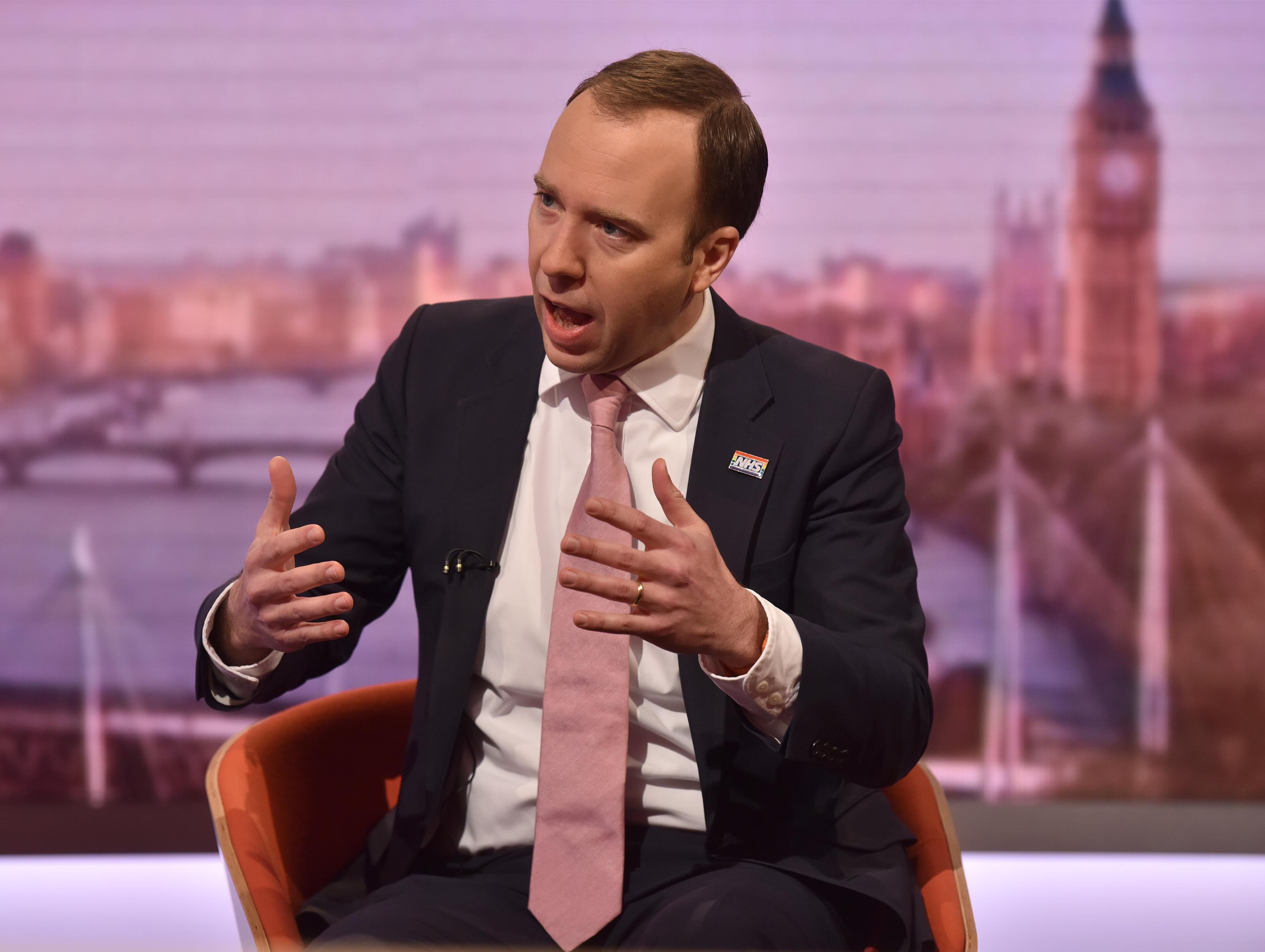