Skip to content
HomeWorld NewsVillage heat pump scheme that has cost £250,000 per house

Can there be any surer way for the Government to waste our money than on green energy schemes?

A new report by the Commons Public Accounts Committee (PAC) is scathing about the Green Homes Grant Scheme, which was supposed to transform 600,000 homes with insulation and greener heating systems, but was abandoned earlier this year after just six months in operation.

Only 47,500 homes received a grant, and it ended up costing taxpayers more than £1,000 per property in administration fees.

The PAC said the scheme didn’t take into account a shortage of tradespeople able to carry out the work it was supposed to fund.

Why does it always end up this way? David Cameron’s Green Deal was much the same.

Introduced in 2013 to slash carbon emissions by offering loans to insulate homes, the National Audit Office found that it had saved ‘negligible amounts of CO2’ by the time it was closed two years later. 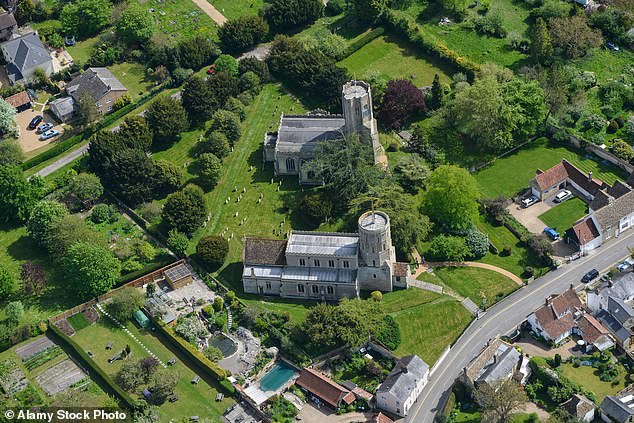 Today I can reveal a green energy project that looks like being an even bigger turkey.

Near where I live in Cambridgeshire, the county council has thrown £12 million — including a £3.2 million Government grant — at a community heating system powered by a ground-source heat pump (which transfers heat to/from the ground).

It was supposed to be a test bed of how all properties could be heated in future. By the end of December, however, only 47 homes had signed up.

So unless there is a last-minute rush of interest, it will end up costing more than £250,000 per house.

That is as much as some homes in the village of Swaffham Prior are worth.

Yet ministers are intent on forcing us all on to similar schemes. You may have heard that the Government proposes to outlaw the installation of new gas boilers from 2035. 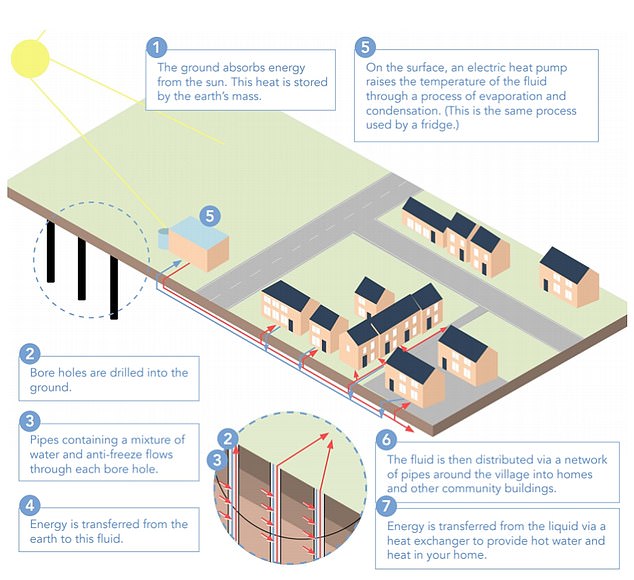 Pictured: How the communal heat pump project at Swaffham Prior will work

Rather less well-known is that the end will come sooner for oil-fired boilers and LPG (Liquefied Petroleum Gas) boilers — used by four million homes that lie beyond the gas mains.

Under the Heat and Buildings Strategy, new installations of these boilers will be banned from 2026, as part of a dash to conform with the Government’s legally binding target of eliminating net carbon emissions by 2050.

So, if my oil boiler fails in five years, I won’t be allowed to replace it with another one.

I’ll either have to find room for a bulky biomass boiler — burning wood pellets — or install an electric pump. This pumps heat either from the air outside your home or the earth under your garden.

But heat pumps are very expensive — at an average of £12,000, they cost three times as much as an oil-fired boiler. Moreover, they cost more to run, and, according to some, don’t heat homes sufficiently.

This is why the Government is keen to explore alternatives, such as heating homes via a communal pump, taking advantage of economies of scale. 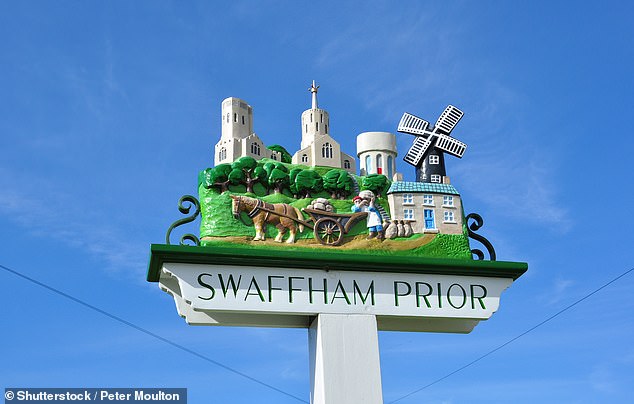 The scheme in Swaffham Prior was supposed to be a test bed of how all properties could be heated in future. By the end of December, however, only 47 homes had signed up

The Swaffham Prior Heat Network, therefore, ought to fit the bill. The plan is to lay pipes beneath a field on the edge of the village, extract heat from the soil and use it to pump hot water to residents’ existing radiators.

When the water starts flowing next March, it should come out at 72c on freezing winter days and a little cooler in summer, when it will be used only for baths or showers.

Many homes in Copenhagen, for example, are heated via a communal system that pumps water around the city. Nottingham, too, has a district scheme which pumps hot water to 5,000 homes, using heat produced by a waste incinerator.

But where have the economies of scale gone in the case of Swaffham Prior?

The most absurd thing about the scheme is that even if all 300 homes in the village had signed up, it would still have cost £40,000 per property.

That is nearly four times as much as it would cost each resident to install a heat pump. How on earth did anyone think spending £12 million on a heating scheme for only 300 homes was value for money?

True, pioneering schemes always cost more, before prices tend to fall. But this is nowhere even close to being affordable.

It is so typical of what happens with climate-change policy — all financial sense goes out of the window.

In the Government’s panicked attempt to achieve net zero emissions by 2050, it will throw money after anything.

What has made many residents baulk at signing up for the scheme is a clause in the contract which says it can be discontinued with two year’s notice if it turns out to be unviable. Which would leave them with no heating at all.

We all want clean energy. But the truth is that there is no form of heating yet on the market which can even nearly match oil and gas on price.

Britain already has 2.4 million households living in ‘fuel poverty’, according to government figures. Unless technology changes fast, that will surge once oil and gas central heating have been banned.

If the Swaffham Prior project is anything to go by, you’d need the deep pockets of a millionaire before you could contemplate joining an unsubsidised district heating scheme.

The Denial by Ross Clark is published by Lume Books.