EXCLUSIVE: Police force launches probe after officer is filmed ‘pepper spraying’ arrested man at point-blank range while he is in handcuffs

A police force has launched an internal investigation after a video emerged of one of its officers allegedly pepper spraying an arrested suspect while he was in handcuffs.

The male suspect – who had his arms bound behind his back and did not appear to pose an immediate threat – was sprayed in the face from point-blank range in Peterborough after complaining about being detained.

As he recoiled from the spray, he cried ‘I can’t see’ – and the officer appeared to try to justify his actions by accusing the man of ‘getting in my face’.

The lone officer then appeared to force the suspect to the floor and made him sit on the concrete while waiting for backup to arrive.

***share this video*** Can this copper gas someone that’s already in handcuffs? This was In Peterborough

Cambridgeshire Police revealed it had received a formal complaint about the incident – which happened in Cleatham, in the Bretton area of Peterborough – and had referred the matter to its Professional Standards Department for review.

Video of the arrest was filmed by a resident and shared on Facebook on June 15. It has since gone viral with more than 35,000 views.

It shows the handcuffed suspect standing next to the officer – who has hold of him by the arm – on a footpath in the street below.

The suspect looks at the officer – though does not square up to him – and says: ‘You’re pinning my arms behind my back, now I feel threatened.’

The officer then holds his spray up inches from the man’s face and discharges it, causing the suspect to turn sharply and lower his head. 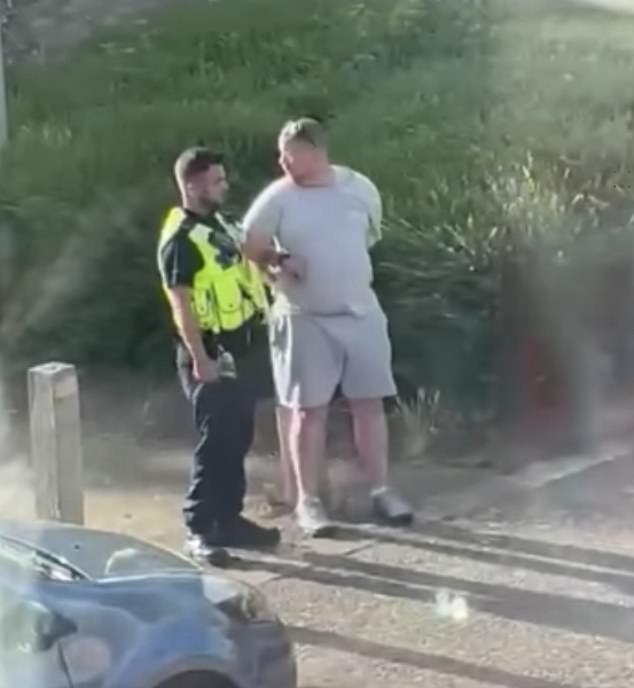 The suspect looks at the Cambs Police officer – though does not square up to him – and says: ‘You’re pinning my arms behind my back, now I feel threatened’ 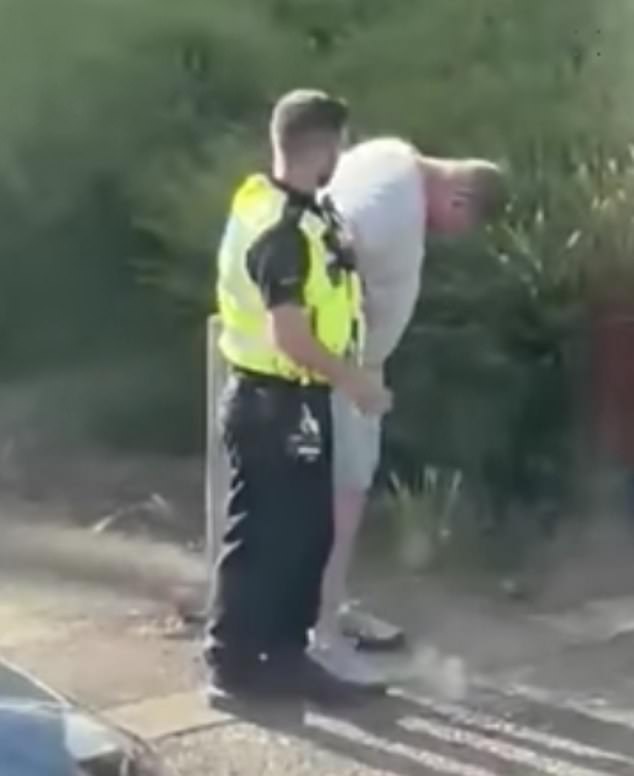 The officer then holds his spray up inches from the man’s face in Bretton, Peterborough, and discharges it, causing the suspect to recoil, turn sharply and lower his head 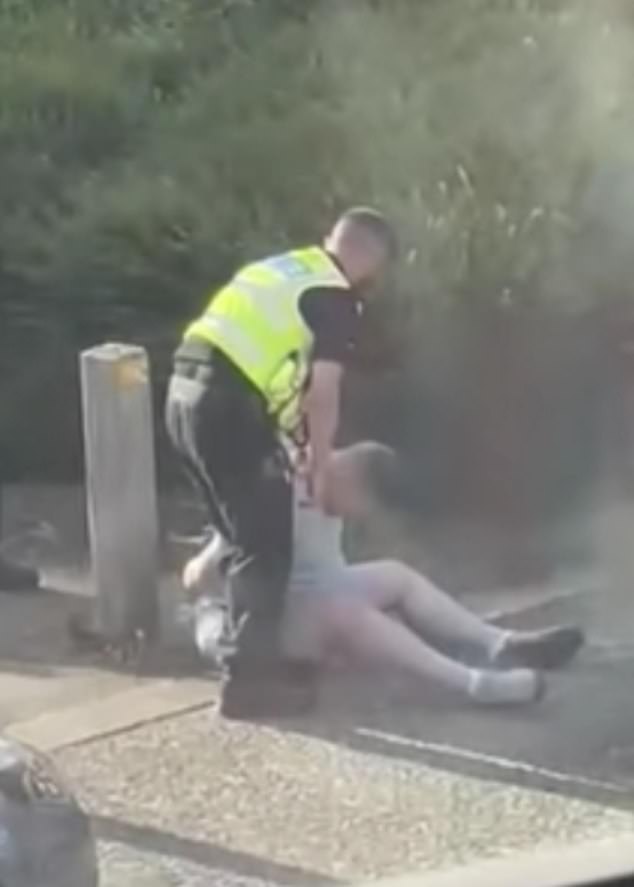 As the suspect squats down, the officer then appears to force him to the ground despite him already being subdued

He complains of not being able to see, and the officer appears to respond: ‘I told you, you kept getting in my face… (inaudible).’

As the suspect squats down, the officer then appears to force him to the ground despite him already being subdued.

He sits on the pavement calling out in pain before three other officers arrive on the scene – who pull him up off the ground and lead him away with his head pushed forward.

As he is hauled off, the distressed suspect complains that his eyes are burning and insists: ‘I haven’t done anything.’

Cambs Police refused to confirm the date, time, or reason for the arrest. It also declined to say whether the officer was still on active duty.

A spokeswoman for the force said: ‘We are aware of a video circulating on social media.

‘A formal complaint has been made and the video has been referred to our Professional Standards Department for review.

‘As the matter is currently being investigated, it would be inappropriate for us to comment any further.’