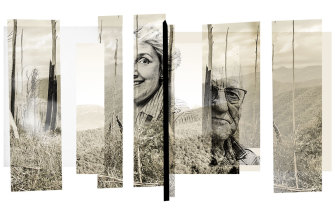 Heavy fog lingers in the Wonnangatta Valley long into its autumn mornings.

In one of its most remote corners are the charred remains of a burnt-out campsite, now strewn with the butchered remains of deer carcasses left behind by hunters. This macabre spot is at the centre of a case that has mystified Victorians and stumped police. 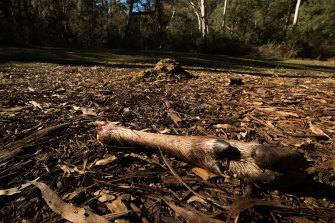 Carol Clay, a much-loved former leader of the Victorian Country Women’s Association, made her way here on a trip with her lover, Alpine Valley regular Russell Hill, in March 2020. The pair, aged in their early 70s, hasn’t been seen since. 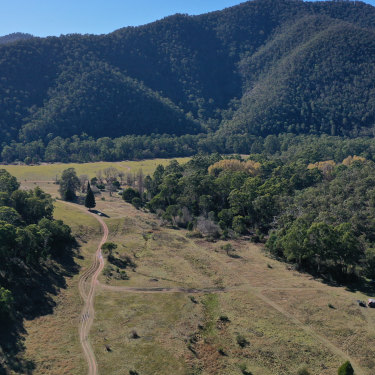 An aerial view of the Wonnangatta Valley.Credit:Jason South

Parks Victoria lists tracks into the valley as very difficult and its rocky, steep inclines, rugged bush and sodden clay descents can land drivers in serious trouble if not navigated with skill.

Wild dog numbers in the area have exploded in the past decade alongside sambar deer, an insatiable attraction for hunters from across Australia.

Hill, an avid camper, packed his white Toyota LandCruiser and left his Drouin home in West Gippsland on March 19, 2020, stopping to collect Clay from Pakenham on Melbourne’s outskirts before heading east. They stopped in the rural township of Licola before tackling the arduous Zeka Spur Track, which Hill had helped clear in his logging days. 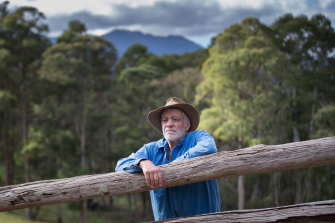 The former Liberal MP has ridden horses into Wonnangatta more times than he can remember and says its seclusion and beauty lures visitors back time and time again.

“It’s pretty magical. Probably the most endearing thought I have of Wonnangatta is a still night, bright moonlight, in the autumn and at about 3am while we were all in our swags, some dingoes started up on the ridge,” he says.

“It was enough to drive you under your bed covers a bit more. On the other side of the valley a rival mob of dingoes then started to howl. It went on for an hour or more … you could hear it for miles echoing back and forth.”

The remoteness of the valley means there are no “bone china dunnies” or city luxuries, but campfire poetry and bush philosophy, he says, are alive and well in the Alpine region.

There is nowhere to call for help for miles and no phone service in the secluded valley, other than a clearing at Van Dammes, where East and West Buffalo roads meet before descending down the Wonnangatta Track between Mount Buller and Mount Hotham.

Only a few bush tracks lead into the Wonnangatta Valley: from Cheshunt to the north-west, Dargo to the east, Myrtleford to the north and Licola to the south.

When it comes to the missing couple, Stoney says, “the rumours are rife”. “People aren’t being deterred by it though. We don’t jump at ghosts here.”

Many locals are critical of police, saying forensic teams didn’t enter the valley until more than a week after Hill and Clay were last heard from.

But none of these critics wish to be named. They know all too well that Hill and Clay aren’t the first to vanish from their Alpine backyard.

Tall tales are regularly told at the local pubs, as residents share mountain stories over beer. There’s the disappearance of hiker Niels Becker in October 2019 and much-loved husband Conrad Whitlock, who vanished near Mount Buller in August that same year.

Others who’ve disappeared from the area have shown up dead months or years after last making contact with loved ones.

But it is stories about encounters with the Button Man that are told more than any other and have exploded following the campers’ disappearance.

Known to barrel around the Alpine country in an ’80s red Toyota LandCruiser, the Button Man stops in for supplies in the town of Mansfield, recently trimming his long hair but remaining reclusive.

Stoney has come across the Button Man too. And while he may spook some, most in the area are convinced he’s harmless, if intriguing.

Few know more about the first murder in the valley than historian Keith Leydon. 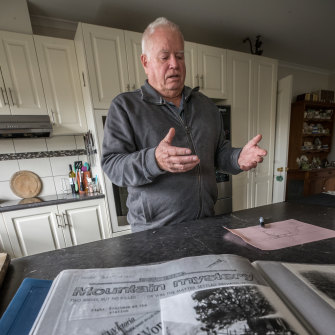 Stacked safely inside cardboard boxes at his Mansfield home are years of painstaking research into the killing of Jim Barclay, shot with his own gun and buried in a sandy river bank 420 metres away from his Wonnangatta homestead.

Barclay’s body, alongside that of his cook John Bamford, were found months apart in February and November 1918 – more than 100 years before Hill and Clay’s disappearance.

These days long weekends such as Easter at Wonnangatta Valley, the historian says, are like Rosebud foreshore at Christmas. During the peak season dozens if not hundreds pour into the valley to try their luck at downing a deer or muddying their tyres.

March 2020, though, was remarkably quiet. The pandemic was beginning to take hold in Australia and within weeks the valley, like most national parks, was closed to the public.

Leydon says the most common theory among Alpine locals is that Hill and Clay were shot – perhaps mistakenly – by deer hunters, or following a scuffle with a camp thief rumoured to have been operating in the area.

Large wombat holes, impenetrable cliffs and large drums buried by hunters during the winter offer sites to hide a body, he says.

And the wild dogs, many say, can clean up remains at a campsite within minutes.

Newcastle brothers Warren and Brian Atkins and their sons Shane and Nigel have been camping and hunting sambar deer at Wonnangatta Station for years and say they’re rarely alone in the valley. 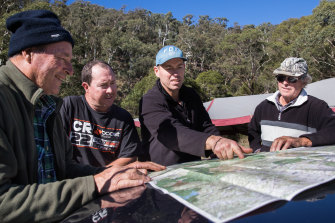 The Atkins family (from left) Brian, Shane, Nigel and Warren in the Wonnangatta Valley.Credit:Jason South

All say they have heard the wild dogs. Members of the Australian Deer Association, they say illegal spotlighters are a real and growing problem in the remote area.

“We did have some spotlighters come in last time,” says Brian. “We’d hear the shots. We hate it. But what do you do – front them and then they threaten you?”

When word of the missing couple first began to spread, he was among volunteers on horseback called in to help police scour the thick bush. 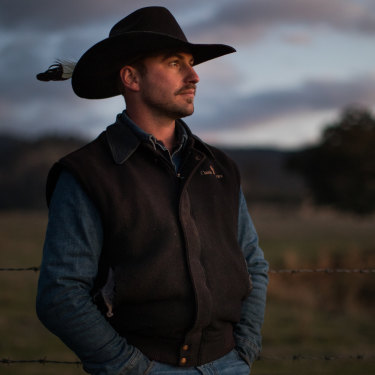 ‘It looked unnatural’: Lachlan Culican was part of the search party for the missing campers. Credit:Jason South

He recalls not knowing what he’d find or even who they were looking for.

Riding into the burnt-out campsite on the afternoon of May 28, Culican says Hill’s locked LandCruiser – with cards and wallets strewn across the passenger footwell – made the search party suspicious.

No one locks their cars in the country, Culican says. “It just looked unnatural. Unorthodox.

“Everyone had a theory but every theory had a hole in it. No one had a fool-proof story of what could have happened. There was always something that didn’t make sense.”

For three days the musterer and his fellow searchers scoured the valley. He says police searched everywhere Hill and Clay could have been and the horsemen everywhere they shouldn’t have been.

“I was sure I was going to find them,” he says.

The leader and the adventurer

Hill and Clay were well-respected individuals before disappearance threw their names together.

Those close to her say Clay – armed with powerhouse ambition and a knack for details – was an inspirational leader during her time at the helm of the state’s CWA branch. 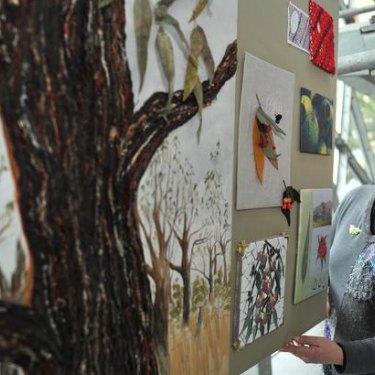 Then state CWA president Carol Clay at a Federation Square exhibition in collaboration with the CSIRO in August 2011. Credit:Joe Armao

Media interviews from the time paint a picture of a woman who made sure people understood that the organisation was about more than tea and scones.

“It is only a small part of what we do,” she told The Wimmera Mail-Times in 2011. “We focus on the contribution our members make to improving communities. The association is diverse, active and relevant and we continue to play a significant role in the fabric of Australian life.”

She spoke about improving the perception of agriculture and farm work for young people, fighting for higher internet speeds in rural areas and a ban on the sale of energy drinks to young children.

Over black coffee and homemade fruit cake at the Stoneys’ sprawling Alpine acreage, Wendy Stoney, the sister of former premier Ted Baillieu, recalls Clay as a formidable leader who put in decades of work. 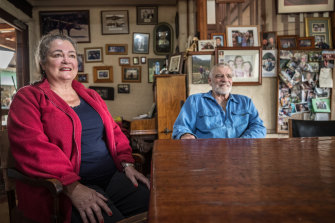 ‘I was shocked’: Wendy and Graeme Stoney at home near Mansfield. Credit:Jason South

“Carol was very good at what she did. She’d go on [ABC radio’s] Jon Faine and was able to express all kinds of changes that were occurring due to the work being done at the CWA. Things like the infant childcare centres we all used to take our babies to long before there was a welfare system,” says Stoney.

“She was highly regarded. I was shocked to learn it was her who went missing.”

In 2018, 17 years after she joined the organisation, Clay was inducted as a member of honour. One friend, who did not want to be identified due to CWA rules about speaking to the media, said some members were surprised when, in the months after her disappearance, her name disappeared from the honour list in the CWA magazine.

“She was a very lovely person and we find it really hard to think she liked camping. But then if you are with someone you want to be with, you do different things,” the woman recalls.

“She worked 10 days at the Melbourne Show in high heels, that’s the sort of person she was.”

Clay had told this friend about Hill, describing him as someone she had known before her marriage.

“She had stayed friends with him,” she says. “That doesn’t happen very often.

“There’s no way she would run off and do this to everybody, it’s just not possible. It’s too hard to do it these days. That’s not the scenario.”

Others, though, told The Age about the vitriol that arose when Clay invited Hill to stay at CWA headquarters years before they disappeared.

“They would see her as a scarlet woman. That’s not an exaggeration,” one former CWA member says. “She had devoted her life [to the CWA] … [but then] she was publicly declared a pariah.”

As for Hill, longtime friend Rob Ashlin – the last person to speak to the 74-year-old – says he was a private man who loved the valley, visiting the area annually. 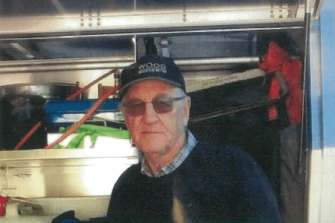 A year before he vanished, Hill traded in his “puddle jumper” for a shiny new four-wheel-drive, decking it out with everything needed for camping deep in the bush.

It’s part of the reason Ashlin is convinced foul play is behind his friend’s disappearance.

“Russell was a pretty protective sort of bloke,” says Ashlin, “and if somebody comes doing the wrong thing and ruffled feathers he would have challenged them.”

He says Hill’s wife Robyn has had a year of anguish. “She’s doing it hard. She wants to see answers and move on.

“I believe it’s only going to be a matter of time. Enough alcohol and somebody is going to open their mouth.” 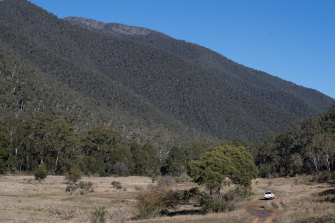 Our Morning Edition newsletter is a curated guide to the most important and interesting stories, analysis and insights. Get it delivered to your inbox.