Skip to content
HomeWorld NewsWhen will it snow in the UK? Latest weather forecasts – The Sun

THE first snow could be set to hit the UK soon.

Here's what we know. 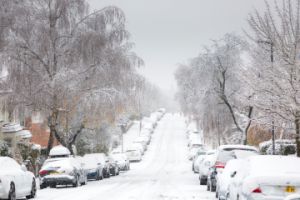 Will it snow in the UK today?

Patchy thick fog could cause difficult travel conditions, after it was forecast in the east and south on November 16, 2021.

A yellow warning for fog put in place on Monday, November 15, 2021, has now been lifted.

There are no snow warnings today.

The forecast for the next few days from the Met Office is:

Mostly cloudy start across England and Wales with possible drizzle, and patchy thick fog in the east and south. Sunnier breaks further north and west, before Scotland and Northern Ireland see rain followed by blustery, heavy showers. Windy and colder.

Showers in northern and western areas will slowly ease, although replaced by evening rain in northwest UK. Further south, a mainly dry day with sunny spells. Somewhat cooler and breezier.

Outlook for Thursday to Saturday

Most regions dry and very mild with variable, often large amounts of cloud. Rain across the far northwest sinking further south on Saturday and turning colder from the north.

Will we have a White Christmas in the UK?

Colder conditions are expected in the period, with a risk of wintry showers, mainly in the north. Temperatures are likely to be close to or just below average.

Under high pressure, frost and fog are likely overnight, with any fog slow to clear during the morning, according to the Met Office long-range forecast.

Forecasters predict December will see fog and frost early in the mornings.

January is typically the coldest month of the year in the UK.

Most parts of the UK will see rain while London and parts of the south might see snow, according to forecasters.

Temperatures are expected to reach between 2C and 7C.