PUBS could be forced to reintroduce punter limits or even shut down completely amid fears of an Omicron surge.

The new Covid variant is spreading rapidly throughout the UK sparking concerns for Christmas and New Year get-togethers. 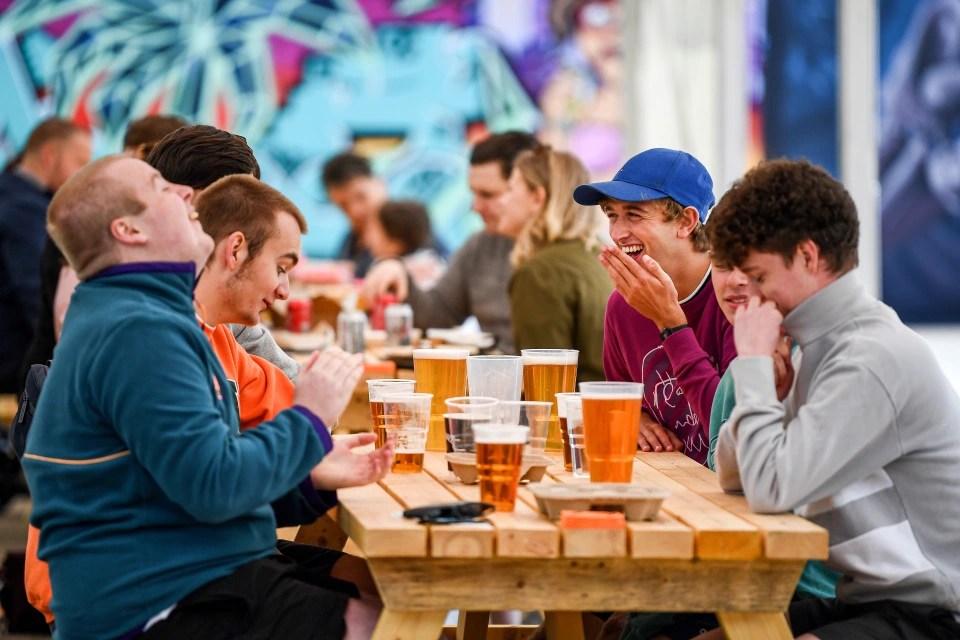 The government announced it was moving to its 'Plan B' to battle the lightning spread of the Omicron variant across Britain, which came into force on December 13.

Despite the reintroduction of several coronavirus rules, as it stands, pubs remain open with bar service and no restrictions on numbers – and masks aren't mandatory.

However, as revealed by The Sun, miserable Whitehall officials have drawn up plans to cap the number of punters allowed in at once – and even close them down in the coming weeks.

A government source said: "You will be able to see your family at Christmas, but at this rate, you might not be able to do it in a pub.

"As for New Year’s Eve, that is a different story."

Prime Minister Boris Johnson and Deputy PM Dominic Raab added fuel to the fire by both refusing to rule out further restrictions.

When did pubs reopen?

Pubs and restaurants reopened for outdoor service on April 12.

Indoor pints and dinners were then permitted from May 17, allowing Brits to enjoy a summer of fun and the economy to bounce back.

What are the current restrictions in pubs?

Plan B measures also include compulsory mask-wearing in most public indoor settings, as well as guidance for employees to work from home where they can in order to stem transmission.

But pubgoers are left out of the mask rulebook, with individual venues allowed to decide what to enforce.

Compulsory check-in using NHS Test & Trace is also no longer in place, and punters are allowed to go to the bar and move around freely.

The only differences drinkers might notice to a 'normal' night out pre-Covid is extra hand sanitising stations and some staff covering up.

Other boozers might have one-way systems in place and controlled access to bathrooms – but these are not required by law.