Woman, 37, plummeted 60ft off cliff after slipping during a coastal walk and fractured her spine – and miraculously survived

A woman miraculously survived plummeting 60ft off a cliff after slipping during a coastal walk and fractured her spine.

Rebekah Crawford, 37, was enjoying a family walk in June last year when she plummeted from a cliff near Lamorna Cove in Cornwall.

She had been walking along a narrow bit of path on the cliffs when her left ankle twisted and she fell down with nothing to stop her tumbling off the edge. 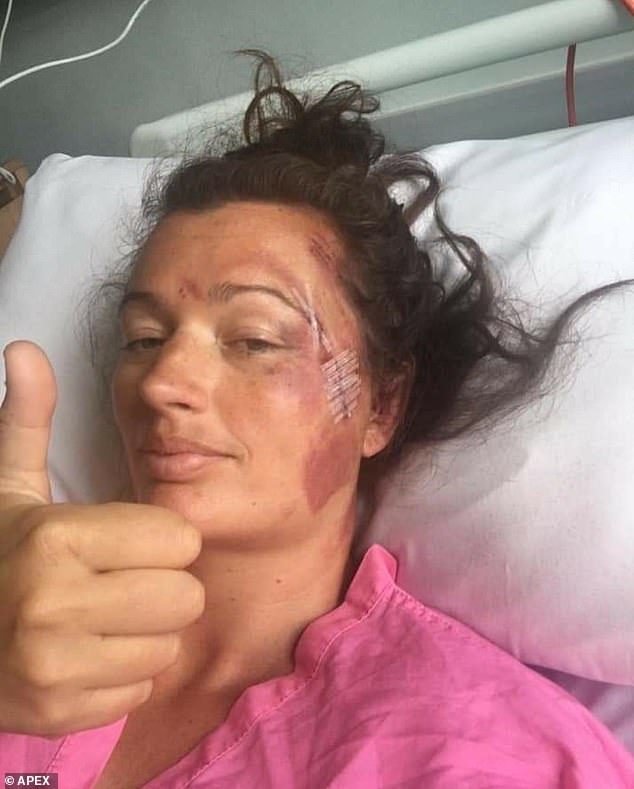 Rebekah Crawford, 37, (pictured in hospital) was enjoying a family walk in June last year when she plummeted from a cliff near Lamorna Cove in Cornwall

Thankfully she survived the ordeal, despite suffering six lumbar fractures, and described her terrifying experience.

Rebekah said: ‘My head hit this slab of rock and the noise and the pain. I’ve just never felt anything like it. It went through my whole body.

‘I didn’t realise at that point that I’d actually fallen 56ft down the cliff. I remember that awful feeling of falling and there was nothing underneath.

‘I was trying to claw at the grass. My head hit the rock on the bottom, which was really painful. I remember hearing my sister scream.’

Her sister Debs said: ‘It’s like something you see in the movies – a body just free falling bouncing off rocks as she went.

‘And I remember looking over the cliff and thinking, “oh my God my sister’s dead”.’ 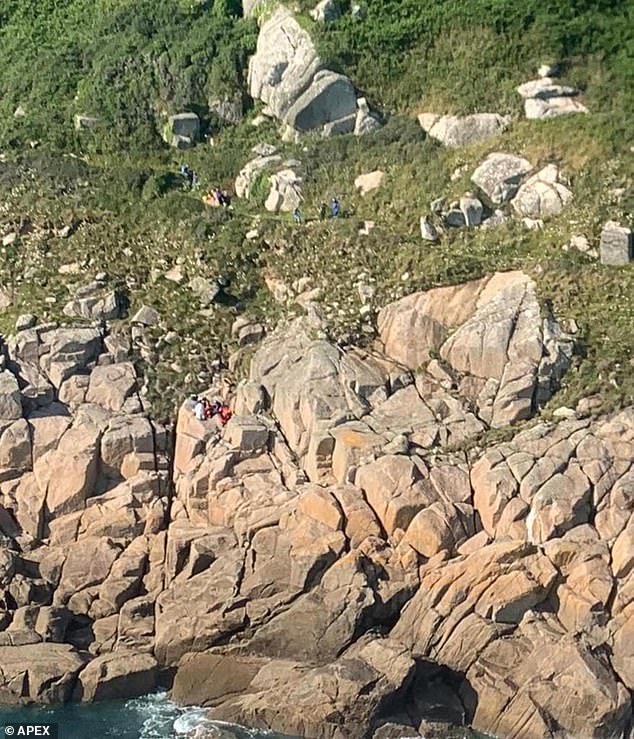 Rebekah had been walking along a narrow bit of path on the cliffs when her left ankle twisted and she fell down with nothing to stop her tumbling off the edge. Pictured: Rescue teams work to rescue Rebekah on the cliff side

Rebekah’s family called 999 and Cornwall Air Ambulance was tasked to resolve the incident.

Debs added: ‘I distinctly remember the helicopter overhead and the Cornwall Air Ambulance came into view and I remember breathing a sigh of relief, thinking “thank God for that”.’

The steep cliffs and loose terrain meant the helicopter had to land on a headland some distance away with critical care paramedics Pete Storer and Jeremy Griffiths making the rest of the journey on foot with all their medical equipment.

They were joined by a doctor from The British Association for Immediate Care and the Land’s End Coastguard Rescue Team.

Mr Storer said: ‘It’s definitely one of the most hazardous areas I have worked in. There was only space for four people, we were confined to a tiny ledge suspended precariously above a sheer drop of over 100ft on to rocks. 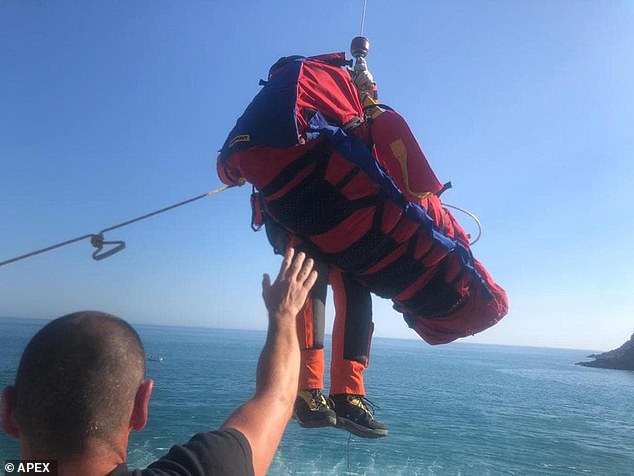 ‘Reaching Rebekah it was obvious she was in a great deal of pain. We suspected she had a spinal injury and were concerned about internal bleeding from such a significant fall.

‘Due to the location we knew an aerial winch was the only way to get Rebekah off the cliff safely.’

The crew secured Rebekah and their equipment safely to the cliff while they waited for the search and rescue helicopter.

The coastguard helicopter crew winched Rebekah from the scene and transferred her to Royal Cornwall Hospital where she had a CT scan – revealing a head injury but no bleed.

She suffered six lumbar fractures but was fortunate not to need surgery.

She said: ‘I thank god that day. If I’d fallen two feet further over I’d have gone right off the edge. 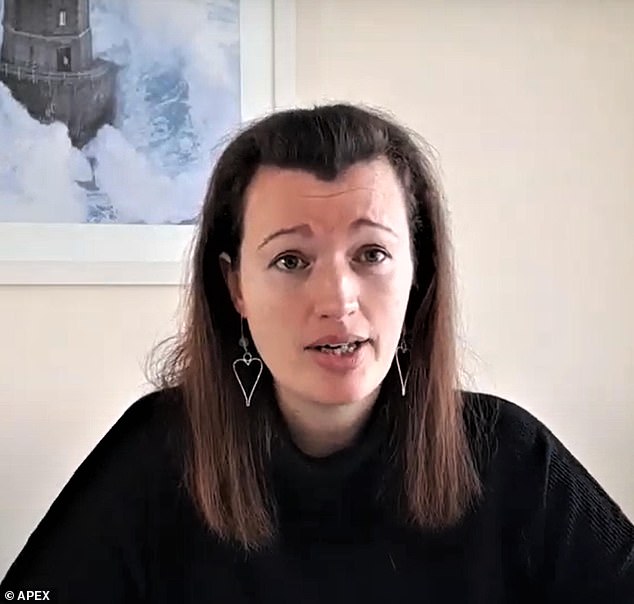 ‘I remember thinking it was surreal – I was so scared being winched by the helicopter. The crew were just incredible, I owe my life to them.

‘The doctor said they rarely attend someone who falls that distance and survives.’

Rebekah was moved to West Cornwall Hospital, where she works as a physiotherapist, and spent five days there – walking with a frame and crutches for several weeks.

She returned to work in September but she has yet to walk on the coast path since the incident.

‘It was one of the most scary things that’s ever happened to me but also really put life into perspective,’ she added.