A woman who spent some £185,000 buying face masks during the coronavirus outbreak has received an empty box sent by suspected online fraudsters.

The 27-year-old resident of China, known by her surname Gao, was hoping to purchase the sought-after goods and then sell them on for profit during the health crisis.

Police have detained five people in relation to the case and retrieved Ms Gao’s money. 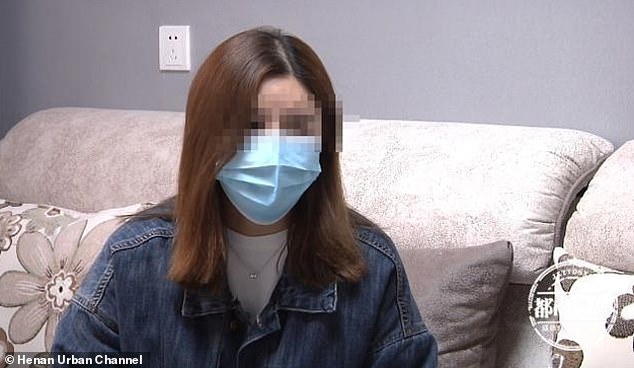 Ms Gao, 27, was hoping to purchase the sough-after goods before selling them on for profit. The resident of the Chinese city of Xinmi described the distressing experience to local media 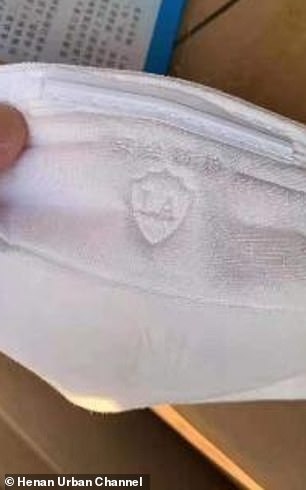 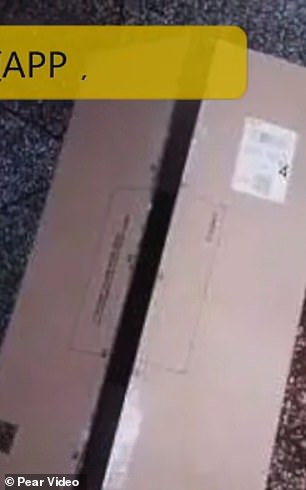 After one self-proclaimed retailer claimed to have a large number of masks (left) at a cheap price, Ms Gao paid more than 1.66 million yuan (£184,270) in the next four days. But to her surprise, when she received the parcel on February 9, it turned out to be an empty box (right)

Ms Gao, who lives in the central province of Henan, described the distressing experience to Henan Urban Channel. 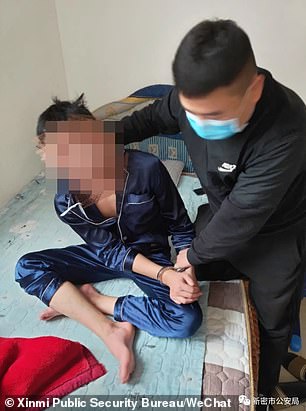 One of the suspects is pictured being detained by police. A total of five people have been caught in Fujian in relation to the case

According to the station, Ms Gao, a resident of Xinmi city, has run a shop on social media platform WeChat for about five years and mainly sells beauty products.

After the novel coronavirus broke out, she decided to acquire face masks to sell on.

She posted a message on WeChat looking for suppliers and one self-proclaimed retailer got in touch with her, claiming to have a large number of masks at a cheap price.

Delighted by the offer, Ms Gao transferred more than 1.66 million yuan (£184,270) to the ‘dealer’ in the next four days and began to wait for her stock.

But to her surprise, when she received the parcel on February 9, it turned out to be an empty box. She called the police immediately.

Xinmi police set up a special team to investigate the case.

According to a police statement, officers discovered that the so-called face mask supplier was run by five people who live in the provinces of Xinjiang and Fujian.

On February 11, officers drove more than 1,800 kilometres (1,118 miles) from Xinmi to Yunxiao County in Fujian to hunt down the culprits. 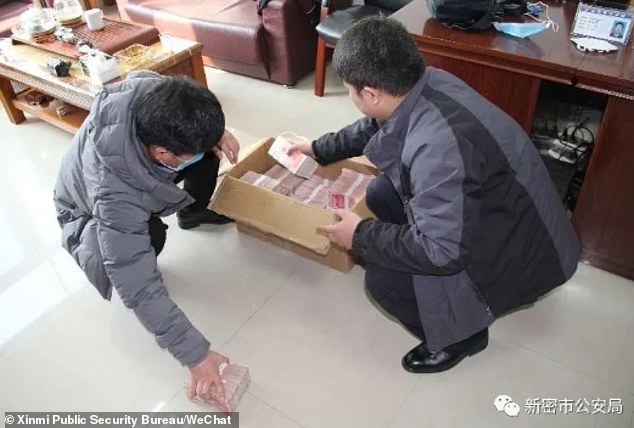 After three days of on-site investigation, Xinmi police detained four of the suspects in their headquarters and transferred them to Henan.

Those suspects were placed under quarantine as soon as they reached the provincial capital, Zhenzhou.

Meanwhile, officers stayed in close contact with the family members of the fifth suspect, Zhang, hoping to find out where the individual was.

On February 21, Zhang’s relatives called the police and expressed the intention to confess on behalf of Zhang.

All five of them were detained on suspicion of online fraud.

The case is under further investigation. 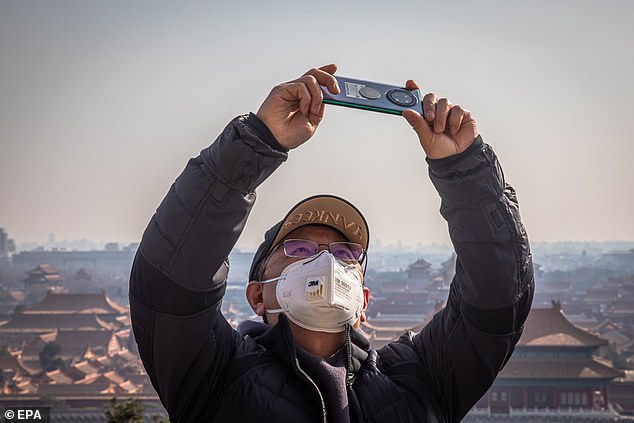 Authorities of major Chinese cities have demanded their citizens wear face masks in public places as mandatory protection to stop the virus from spreading. The picture shows a man wearing a protective face mask taking photos in Jingshan Park, Beijing, on February 25 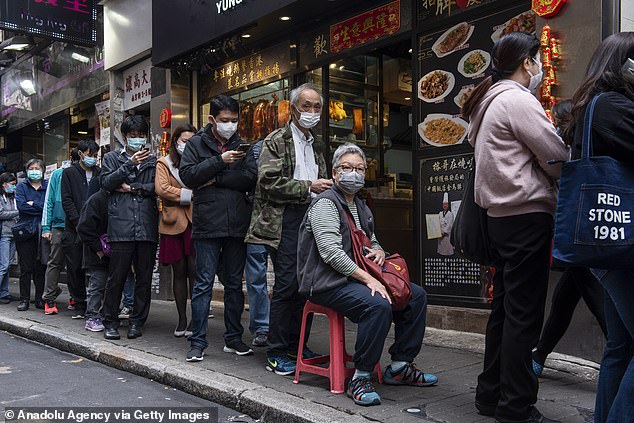 Globally, fear of the spreading coronavirus has led to a run on sales of face masks despite medical experts’ advice that most people who aren’t sick don’t need to wear them. The picture shows people in Hong Kong queuing outside a cosmetic store for buying masks on February 3 At least 2,858 people have died and some 83,700 have contracted the coronavirus globally

Authorities of major Chinese cities have demanded their citizens wear face masks in public places as mandatory protection to stop the virus from spreading.

Globally, fear of the spreading coronavirus has led to a run on sales of face masks despite medical experts’ advice that most people who aren’t sick don’t need to wear them.

Many businesses are sold out, while others are limiting how many a customer can buy. Amazon is policing its site, trying to make sure sellers don’t gouge panicked buyers.

The virus has claimed at least 2,858 lives and infected more than 83,700 people worldwide.