A WOMAN revealed what the "pull" tab on your oil is really for.

The simple hack takes just seconds, and stops oil gushing all over your food. 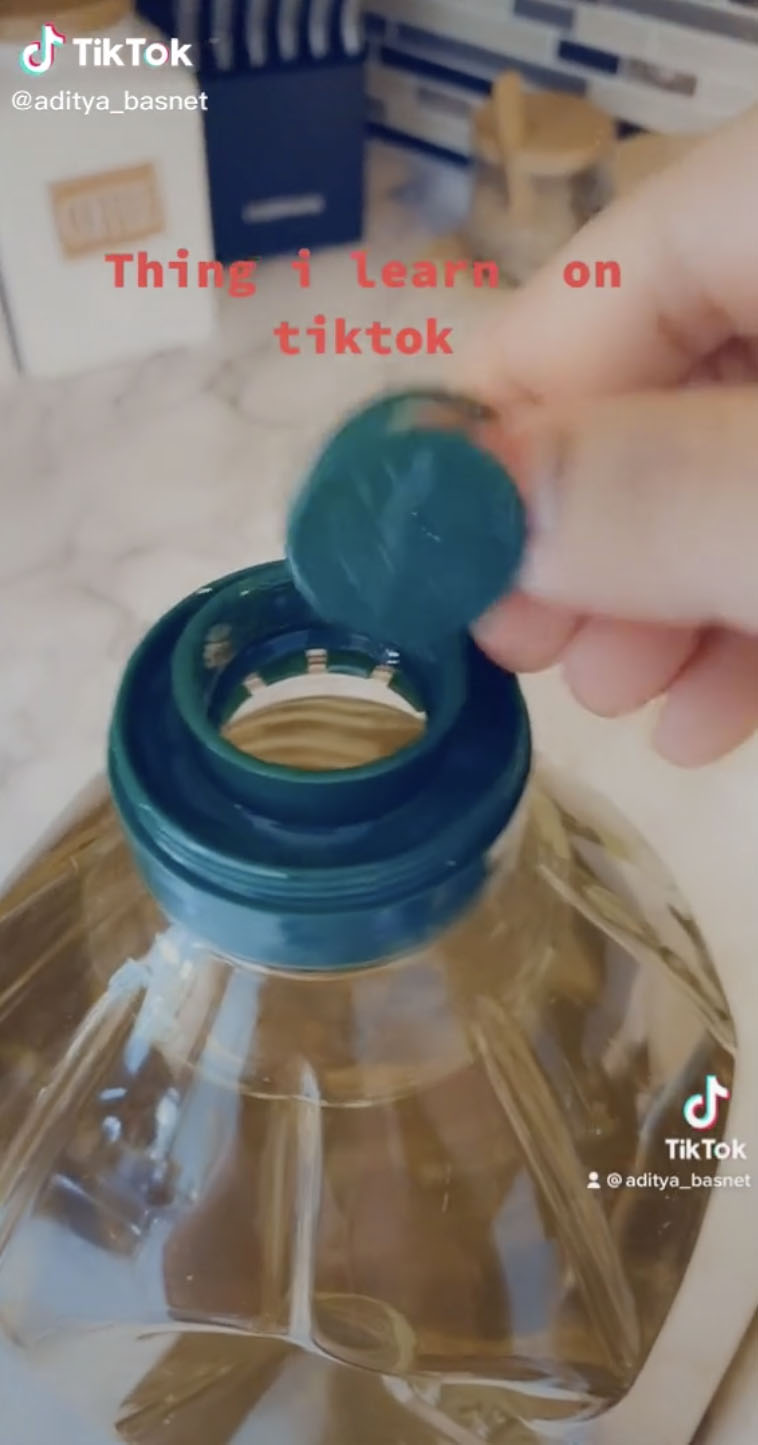 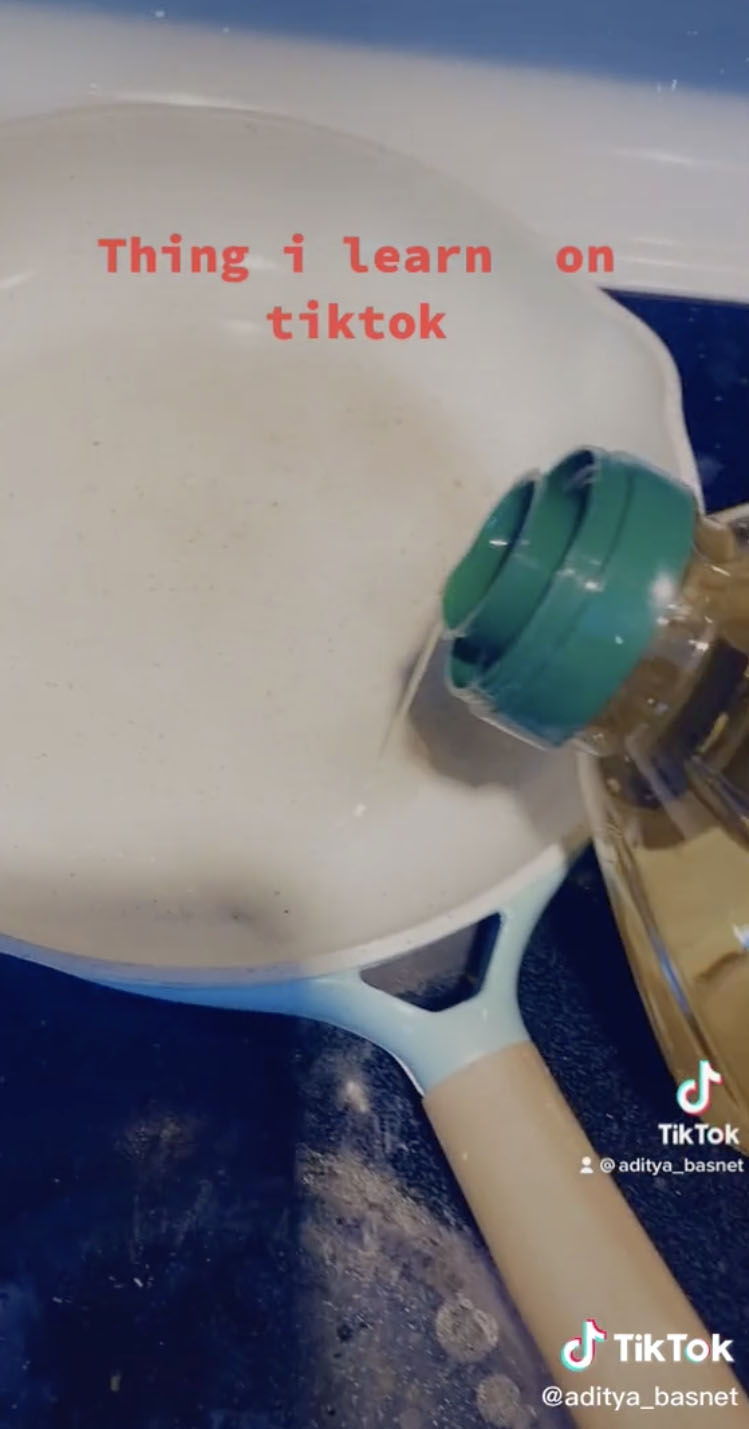 The hack was shared by TikTok user @aditya_basnet, whose name is Aditya, according to their profile.

In the video, Aditya twisted the cap off the top of a container of oil.

She revealed the "pull" tab underneath, and pulled it off the container.

While most people would simply toss the pull tab, Aditya tossed it out, however.

She then flipped it over, and put it back inside the slot it once was – but this time, she put it upside down.

Then, she went over to a pan and poured the oil. 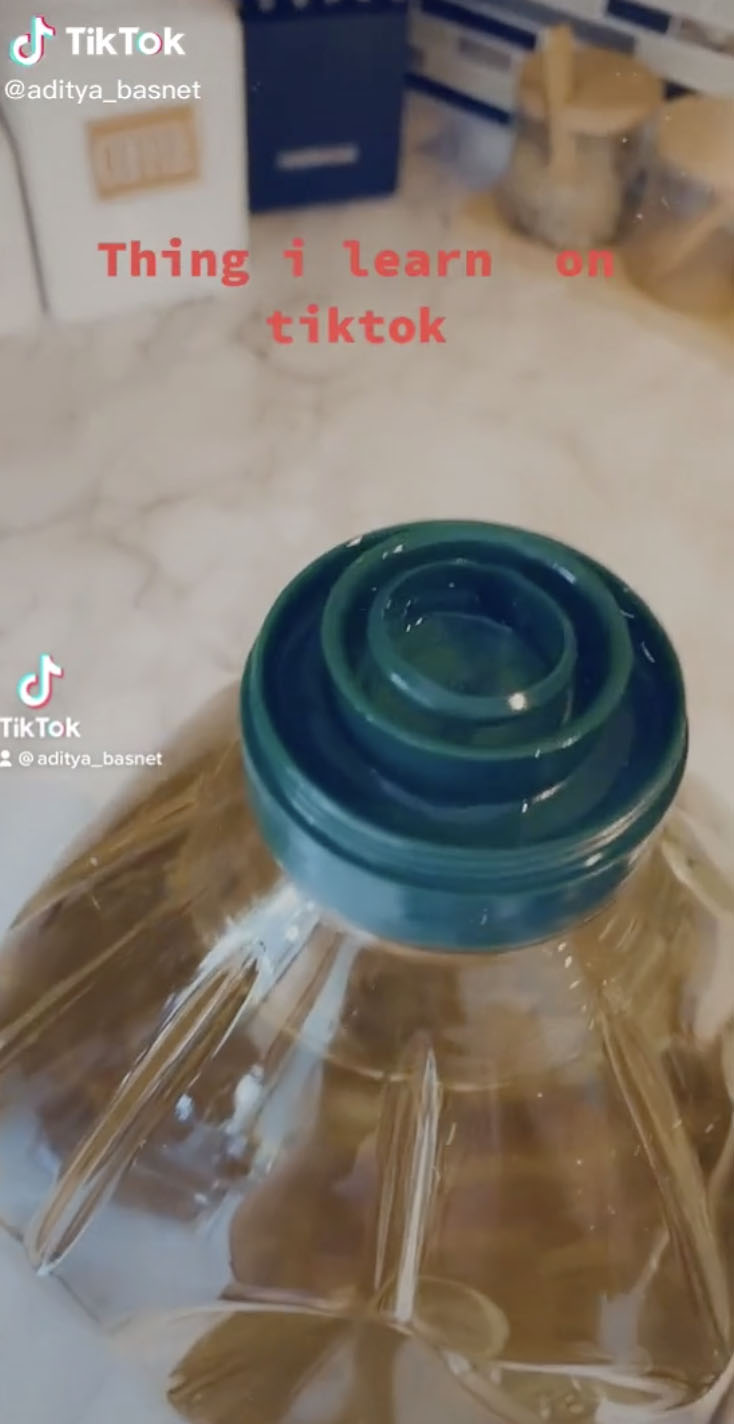 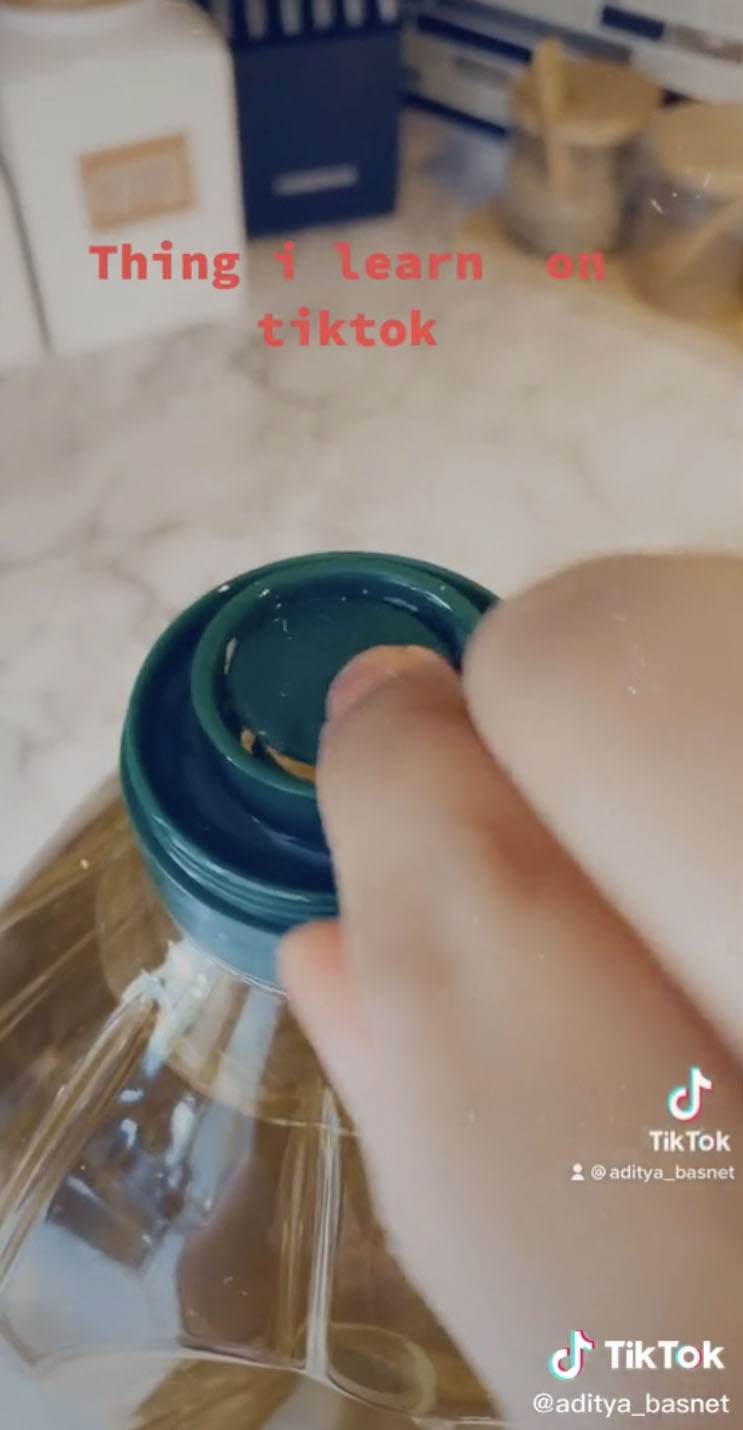 Rather than gushing out of the container, the oil slowly slid into the pan – held back from making a mess by the "pull" tab.

"Why do I learn everything on tiktok," Aditya wrote in the caption.

Other users were blown away by the simple tip.

One person said: "you have got to be kidding." 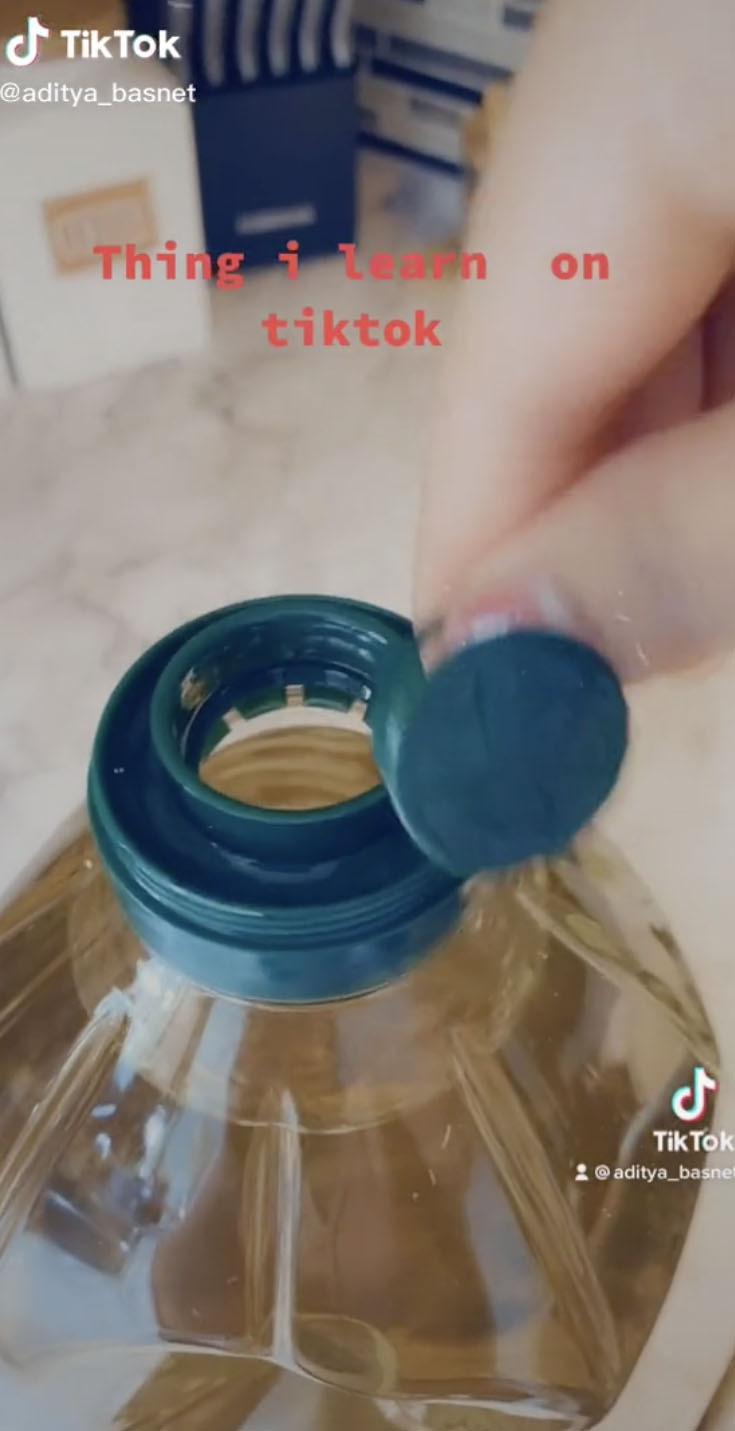 "why doesn't anything come with instructions lol," one person commented.

Another wrote: "am i even breathing right?"

"omggggg been doing it wrong," one person said.

Another person commented that their mind was "blown."

In other life hacks, one woman revealed a genius tip to get juice out of lemons – without cutting into them.

Another mom shared how to get your whites sparkling clean using just vinegar.

One woman revealed how to get the grout between your tiles clean.